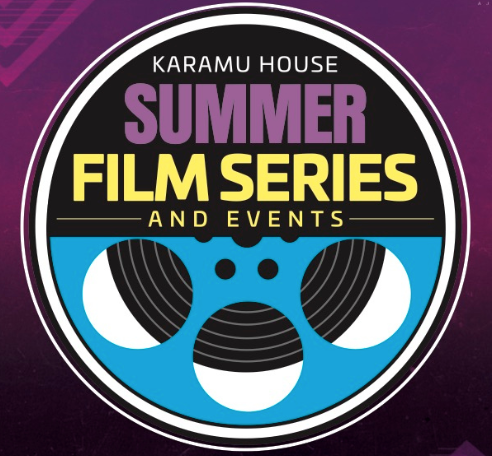 This July, we invite you to join us for our Summer Karamu Film Series honoring Director Spike Lee.
Every Monday at 6pm, we’ll be showing popular Spike Lee films and bringing in special guests for panel
discussions and performances around the theme of each movie. Also, we’ll be offering matinee showings
of classic films at 1pm on select days.

Grab your friends. Stop by for happy hour before the film at our newly renovated bar. Continue the fun
after the film with community members, musicians, and performers for an eye-opening and joyous night
out at Karamu!

Salvatore “Sal” Fragione (Danny Aiello) is the Italian owner of a pizzeria in Brooklyn. A neighborhood
local, Buggin’ Out (Giancarlo Esposito), becomes upset when he sees that the pizzeria’s Wall of Fame
exhibits only Italian actors. Buggin’ Out believes a pizzeria in a Black neighborhood should showcase
Black actors, but Sal disagrees. The wall becomes a symbol of racism and hate to Buggin’ Out and to
other people in the neighborhood, and tensions rise.

Financially irresponsible Giant (Spike Lee) manages a jazz group, but his sax player, Shadow (Wesley
Snipes), wants to replace him with a better businessman. Bleak (Denzel Washington), the band’s
trumpeter, then tries to defend his close pal Giant, leading to a power struggle between the two musicians.
Meanwhile, as Bleak tries to straighten things out with his band mates and manager, he also must choose
to be with either sweet teacher Indigo (Joie Lee) or sultry singer Clarke (Cynda Williams).

Followed by a special musical performance. Musical guests to be announced soon!

At historically black Mission College, the activist-minded Dap (Larry Fishburne) immerses himself in a
world of political rhetoric and social movements — one day he hopes to rally the students as a united
front. At the other end of the spectrum, Julian (Giancarlo Esposito), the head of the biggest fraternity on
campus, is more concerned with maintaining a strict social order. In between, Dap’s conflicted cousin,
Half-Pint (Spike Lee), spends most of his time rushing the fraternity.

A preacher in a small African-American church in Louisiana tells his Sunday school class stories from the
Bible as if the characters were part of a local fish fry. He starts with the creation of the world by God,
known as “De Lawd” (Rex Ingram), and tells how God went on to create heaven, which is just like their
farmland, and then created man and woman, followed by their fall and finally the coming of Jesus Christ.
The film is based on the Pulitzer Prize-winning play.

Claudine (Diahann Carroll) is a single mother in New York City who endures an exhausting commute to
the suburbs where she works as a maid for wealthy families. In one carefully tended white community,
she meets Roop (James Earl Jones), a charismatic but irresponsible garbage collector. Romance quickly
ensues, but Claudine doubts that their relationship is good for her six children, and Rupert, despite his
good nature, is reluctant to take on fatherhood.