We are innovative thinkers, collaboration enthusiasts and leadership fanatics, driven by our love of Cleveland and the desire to make it a better place for all. 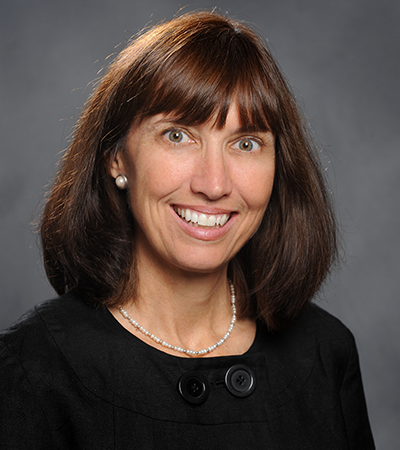 Marianne Crosley has served as President and Chief Executive Officer of the Cleveland Leadership Center since 2010. She leads the civic education, leadership development, and civic engagement organization in its execution of numerous programs to build civic leadership capacity. Previously, she served as the founding Executive Director of Summer on the Cuyahoga, an economic development initiative that attracts young talent to the region. She is passionate about building a pipeline of leaders to forge a successful future for Cleveland.

Crosley graduated from Colgate University and received her J. D. from The Ohio State University Moritz College of Law. She worked as a prosecutor in the Kings County District Attorney’s Office in Brooklyn, New York and rose to be a supervisor in the Homicide Bureau. Crosley is a Trustee Emerita of Colgate University and recipient of the Maroon Citation and the University’s highest award, The Brian Little Award for Distinguished Service. In 2017 Smart Business Cleveland highlighted her in “Who to Watch”; in 2018 she was recognized as a Crain’s Cleveland Business “Woman of Note”; in 2019 as one of the Notable Women in Nonprofits; and in 2021 as a Woman of Distinction by the Girl Scouts of North East Ohio and both 2021 and 2022, one of the “Cleveland 500” by Cleveland Magazine.

She serves on the Board of Trustees for South Pointe Hospital, United Cerebral Palsy, Cleveland Play House, St. Edward High School, The Non-profit Center Advisory Board, and on the Board of Visitors for Cuyahoga Community College. She and her husband, Tim Clements, have four grown children and live in Chagrin Falls, Ohio.

As Vice President of External Affairs for CLC, Michael E. Bennett focuses on helping CLC tell its story to advance its mission and raise revenue to support its activities.

He came to CLC in 2014 after serving as principal of Bennett Strategic Communications LLC, which helped companies and nonprofit organizations better fulfill their missions through strategic communication, fundraising and organizational management.

He previously was publisher and editor of the Cleveland Jewish News, which produces a weekly newspaper, custom magazines, digital products and events. He served as executive director of the CJN Foundation, a nonprofit affiliate of the CJN that supports educational activities.

Prior to the CJN, Bennett worked as director of marketing and communications at the Jewish Federation of Cleveland, where he also served as director of its annual fund-raising campaign. He began his professional career in journalism at regional daily newspapers in Indiana before being named a features editor of The Plain Dealer in Cleveland.

He is Past Board President of The Press Club of Cleveland and serves on the Northwestern University Alumni Admissions Council. He also serves on committees for InMotion, a center for those affected by movement disorders; the Heights Observer; and B’nai Jeshurun Congregation.

He is a 2009 graduate of Leadership Cleveland and a CLC Member.

He holds a bachelor’s degree from the Medill School of Journalism at Northwestern University. Bennett grew up in Beachwood, and is an empty-nester living with his wife in Cleveland Heights. 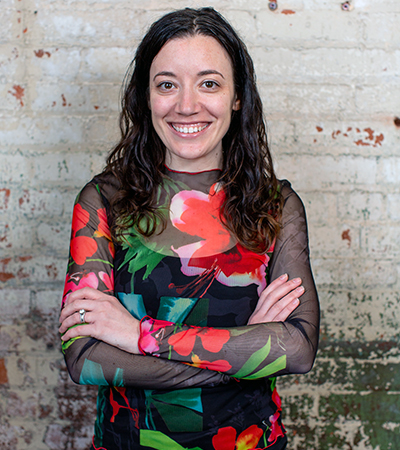 Jody Bonhard is the Director of Cleveland Bridge Builders. Her primary responsibilities include the design and implementation of the Cleveland Bridge Builders (CBB) program. CBB is a 10-month program that prepares mid-career professionals for a greater role in the community by fostering teamwork, growth, and learning. Jody also oversees the Cleveland Leadership Center’s Leadership Council, an advisory group consisting of CLC alumni across programs and years.

Prior to joining CLC, Jody served as the Assistant Director of Chapter and Regional Programming for The Alumni Association of Case Western Reserve University (CWRU), where she planned events and recruited, trained, and cultivated relationships with alumni volunteers across twelve domestic regions. She was previously Coordinator of Communications for the CWRU Center for International Affairs, a teacher at The Columbus School (Medellin, Colombia) and The Foreign Language Academy (Kansas City Public Schools), and a member of the Teach for America Kansas City Charter Corps. She holds master’s degrees from Brandeis University (MBA) and University of Missouri – Saint Louis (M.Ed.), and a bachelor of arts in Spanish from The Ohio State University.

Jody is a graduate of the Cleveland Bridge Builders Class of 2017 and was a member of the CLC Leadership Council, serving on the Next Gen Committee (2018-19) and as interim chair of the Training and Development Committee (2017-18). In 2018, she was selected for the Women Staff Leadership Development Institute (WSLDI) at CWRU. Currently, she serves as the Chair of the Membership Committee on the Providence House Associate Board.

A native east sider, Jody now lives in Downtown Lakewood with her husband Maks and Goldendoodle Mulligan. She loves everything about her neighborhood—especially the close proximity to the lake and the amazing restaurants located just a short walk from her house! 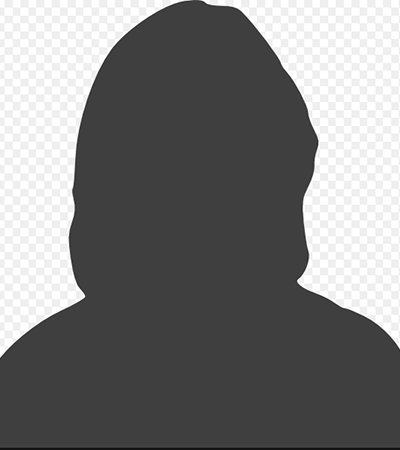 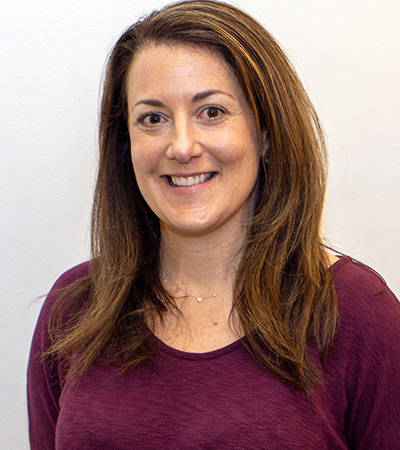 Nicole’s lifelong passion for education, love of people and desire to see Cleveland and its residents thrive led her to Cleveland Leadership Center where she gratefully serves as Director of College and Young Professional Programs.

Nicole comes to Cleveland Leadership Center by way of the Young Entrepreneur Institute at University School where she managed a pitch challenge for NEO students, K-12, and led entrepreneurship clubs and programs at US. Her eight years at Destination Cleveland began as a CLE Concierge in the CLE Visitor Center and led to creating and implementing programs to improve the visitor experience including CLE Travelbackers, the Cleveland Brewery Passport, and the Authentic Cleveland Experiences workshop, which inspired partners to offer visitors immersive and memorable experiences based in Cleveland’s “DNA.” She also taught fifth grade at Brecksville-Broadview Heights City Schools.

Nicole has a B.S. in Elementary Education from Miami University and a Certificate in Creative Placemaking from Ohio State University’s Knowlton School of Architecture.

Nicole currently resides in Solon but feels most at home downtown and in Cleveland’s vibrant neighborhoods. 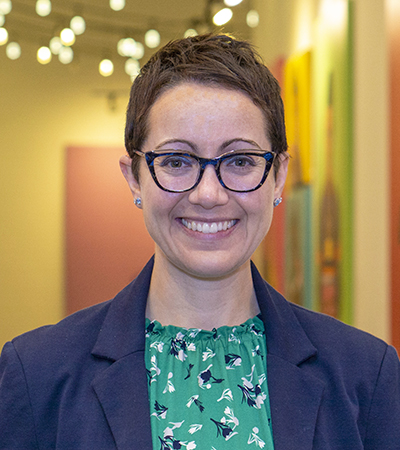 Rachel is the Executive Vice President. In her role, she provides oversight for all evaluation and community impact work of CLC, development of custom programs and strategic opportunities, and the design and implementation of all CLC programs. She is a certified TetraMap® Facilitator, Strategic Doing™ Certified Workshop Leader, IDI® Qualified Administrator, and has presented nationally on evaluation, impact, and engagement.

Rachel graduated from Ohio University in 2002 with a BA in Psychology and continued her education at the Mandel School of Applied Social Sciences at Case Western Reserve University, graduating in 2005 with a Master of Science in Social Administration (MSSA). Rachel has worked as a social worker at MetroHealth Medical Center and as a Program Coordinator at Care Alliance Health Center. Through her work at Care Alliance, she designed, implemented, and measured a federally funded evaluation program and collaborated with nine other programs across the country. She has a special interest in social work issues with the HIV/AIDS community and healthcare.

Rachel is a graduate of the Cleveland Bridge Builders Class of 2010 and is a member of the Cleveland Leadership Center Alumni Association. She is a member of the Board of Directors for the MetroHealth Foundation, a Program Committee member with Courage to Caregivers, and an Outcomes Committee member with the Greater Cleveland Food Bank. She has served on the associate board of the Greater Cleveland Sports Commission, most recently as Chair. She was named a Top 25 under 35 Mover and Shaker in 2013 by the Cleveland Professional 20/30 Club. She and her husband Matt, along with their son Carson, love Cleveland and enjoy all the community has to offer! 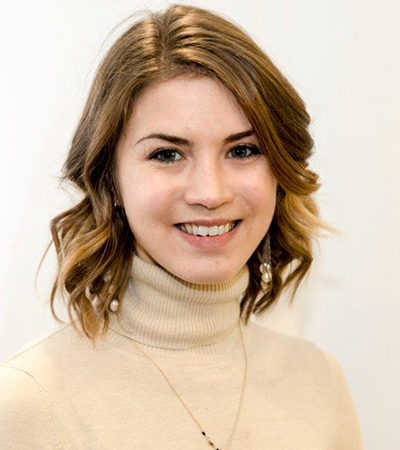 Maeve joined the Cleveland Leadership Center in Spring of 2019 serving as the Manager of Internal Projects. She supports the CLC team through various means including development outreach, website content, and database management. She is also an event planner, and licensed Ohio Realtor, striving to help others live and play in our great city.

Maeve is Cleveland born and raised. She travels extensively, but loves north coast living and appreciates Cleveland’s extensive art scene. She currently volunteers with The Waterloo Alley Cat Project on Cleveland’s east side.

Maeve resides in the diverse North Shore Collinwood neighborhood of Cleveland, near the Waterloo Arts District, with her alley cat Moo. 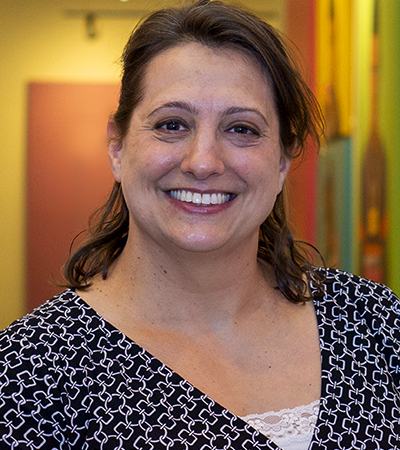 Michelle is responsible for Cleveland Leadership Center’s marketing and communications, including design, messaging, and strategy.

Prior to joining CLC in 2014, Michelle spent 2 1/2 years as part of the Morino Ventures team working on the Leap of Reason initiative and 11 years at Urban Community School, where she was responsible for marketing efforts, special events, database management and myriad other projects.

Michelle holds a Bachelors of Science degree in Biology from Heidelberg University and a Master’s degree in Business Administration from Tiffin University. Michelle’s civic passions revolve around physical and mental health and cycling/safe streets for all. She is a northeast Ohio native and lives in Fairview Park with her husband and two step-sons. 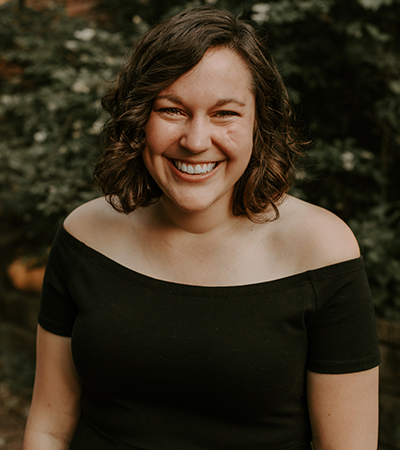 Prior to joining CLC, Maria spent two years at the Northeast Ohio Hispanic Center for Economic Development, managing their marketing, communications, and fund development. She has a huge heart for Cleveland and has worked with Ohio City Incorporated and Tremont West Development Corporation learning about the community development field, with a strong focus on economic development. For over 8 years, Maria has managed and operated her own photography business. While working and spending time in Cleveland she grew passionate about making the city a better place for everyone and started to pivot her career accordingly.

Maria earned her BFA from Rochester Institute of Technology in Photographic Illustration. She is a College Now mentor and has previously volunteered with Playhouse Square and Engage! Cleveland. Maria is part of the 100+ Latinos Cleveland Must Know 2021 cohort.

She currently lives in her favorite neighborhood, Ohio City, with her particular and wonderful dog, Dylan. 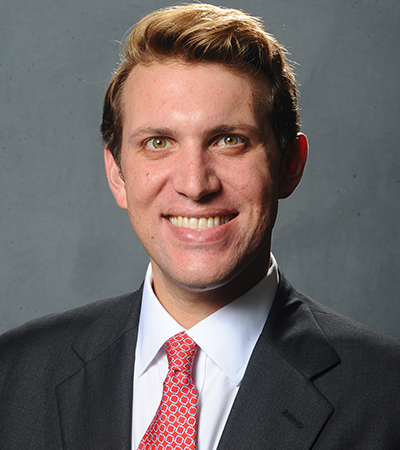 Andrew, born and raised in the Cleveland area, is a College Now Greater Cleveland mentor, graduate of the Jewish Federation of Cleveland’s LEADS program and a volunteer with various local organizations.

Andrew currently lives in Lakewood with his wife, Annie.

Prior to joining Cleveland Leadership Center, Kim worked in the commercial development department at Forest City Enterprises.  She provided administrative support to the manager of real estate development. 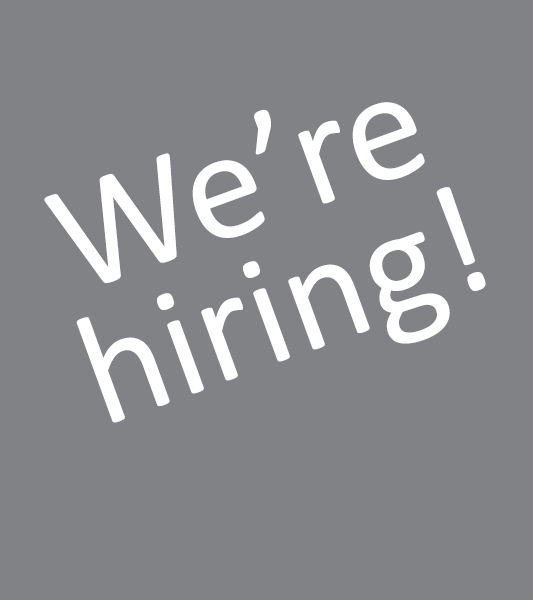