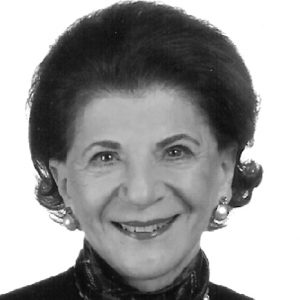 Cleveland Arts Prize recognized Barbara S. Robinson (LC 1979) with a special dinner and program in her honor to inaugurate a third Special Prize as part of the organization’s annual awards program. The new Barbara S. Robinson Prize for the Advancement of the Arts will be awarded annually to an individual or organization for extraordinary commitment to advancement of the arts through leadership in public policy, legislation, arts education and community. The new prize is a way to expand the organization’s ability to recognize and encourage longstanding examples of arts advocacy and achievements of great merit.

In naming her the first recipient, the organization noted Robinson’s resume “could be published as a handbook for contemporary leadership in a dozen fields.” Her impact and support of the arts stretches from Cleveland, across Ohio, and nationally where, among other accomplishments, she spearheaded efforts to save the National Endowment for the Arts when congressional critics sought to shut it down.