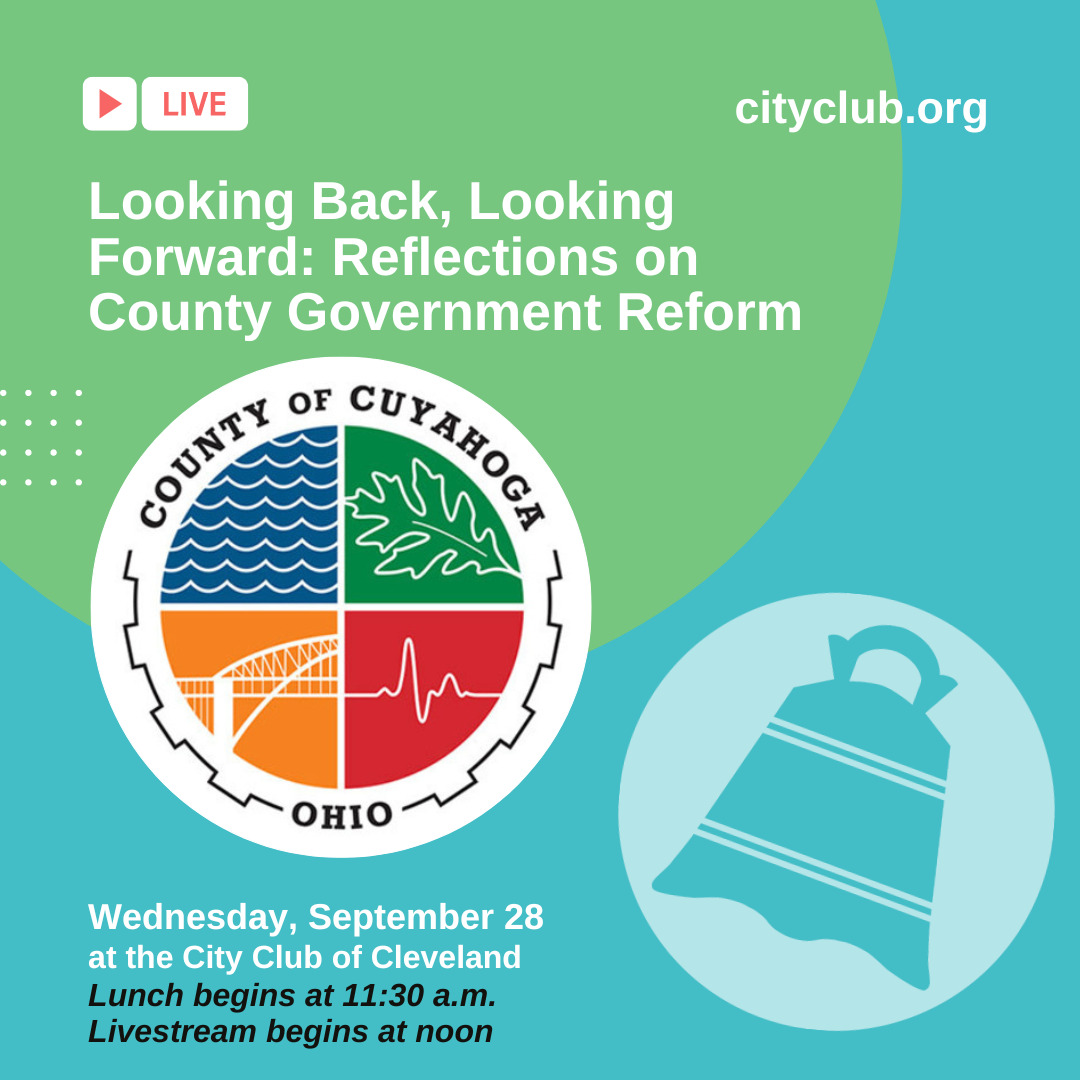 It has now been over a decade of Cuyahoga County government reform since voters replaced corruption scandals with an elected county executive and 11-member county council. And soon, voters will also decide on a new county executive after eight years of leadership under Armond Budish.

The county government serves 1.2 million residents with a roughly $1.5 billion budget. The government reform was met with promises of streamlined services, equity, and accountability. Still, the charter has seen its fair share of tinkering at the ballot box over the years, and challenges and opportunities have revealed themselves. Has the reform upheld its original promise?

Join us at the City Club in a conversation led by William Tarter, Jr. with the Center for Community Solutions as we reflect on over a decade of county government reform, and discuss what lies ahead.