The Changing Landscape of Reproductive Rights 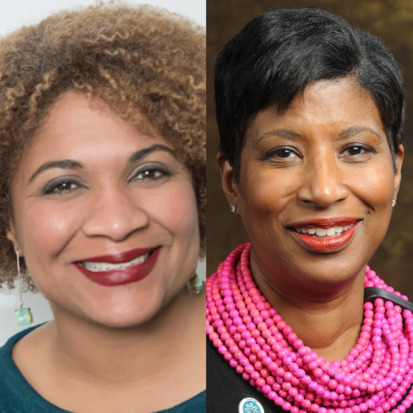 The U.S. Supreme Court Decision in Dobbs v. Jackson Women’s Health Organization completely altered the legal landscape for access to abortion. Nearly 50 years earlier, Roe v. Wade had seemed to enshrine abortion protections, but the recent decision has shifted the power back to the states, creating a patchwork of protections and prohibitions–with the latter disproportionately impacting BIPOC and low income communities who face greater barriers to healthcare.

Fatima Goss Graves is the President and CEO of the National Women’s Law Center. She has spent her career fighting to advance opportunities for women and girls. Her work has included legal research, testimony, and advocacy on the issues and policies central to women’s lives, including health and reproductive rights, economic security, workplace fairness, and educational access, among others.

With the future of legal protections for abortion increasingly uncertain, Ms. Goss Graves will discuss this evolving issue and the legal strategies that are being developed and deployed to address growing concerns. She’ll be in conversation with Helen Forbes Fields, CEO of the YWCA of Greater Cleveland.