Event:
When McKinsey Comes to Town: The Hidden Influence of the World’s Most Powerful Consulting Firm

When McKinsey Comes to Town: The Hidden Influence of the World’s Most Powerful Consulting Firm 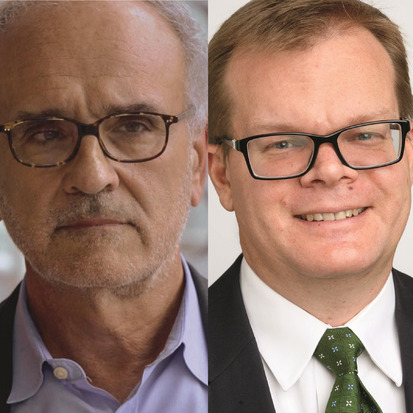 What if you could pull back the curtain on the world’s most powerful consulting firm? In their new book, McKinsey Comes to Town, two investigative reporters for The New York Times take a close look at McKinsey & Company, an international consulting firm that advises governments and corporations. By gathering tens of thousands of documents and conducting hundreds of interviews, Walt Bogdanich and Michael Forsythe outline how McKinsey’s public image as a prestigious company sits in stark contrast to the work it does behind closed doors.

Has this work made the world more unequal, more corrupt, and more dangerous? Shielded by NDAs, the authors expose how McKinsey has escaped public scrutiny despite its role in advising tobacco and vaping companies, purveyors of opioids, repressive governments, oil companies, and more.

Walt Bogdanich joined The New York Times in 2001. He is the recipient of three Pulitzer Prizes for specialized reporting, national reporting, and investigative reporting. Michael Forsythe joined the Times in 2014 after more than a decade Bloomberg News. He is a veteran of the U.S. Navy.

Join the City Club as we hear from these two authors on the consequences of increased power and unchecked influence from one of the world’s largest consulting firms.