In 2016, the CBB Class of 2015 started an Adopt-A-Family program for the holidays. What started out with hopes of collecting gifts for a single mother and her four children quickly collected more than $5,000 in cash and gifts for four families and 17 children. In addition to the gifts and cash, we were also able to collect enough new and slightly used furniture to furnish a new home for a family of six who had lost everything in a fire only two months before Christmas.

The response was so great last year, we have decided to make this an annual event. This year, we have adopted eight families with 30+ children.

The remaining four families are all single mothers with one to four children.

The final tally for the 2017 Adopt-A-Family Program, included:

We also brought in three beds with mattresses, a couch, two dressers, a tv, a microwave, pots/pans, two sets of dishes, two sets of silverware, three sets of eight or more cups/glasses, throw rugs and dozens of other household items for the family who was homeless. The furniture is being delivered after the first of the year when they move into their new apartment.

People like Laura Ruggles Lamb, Joy Johnson, Sara Thomas, Nik Kottha, Heidi Frisbie, Scott Voisinet, Matt Stein, Veronica Favela, Tiffany Sedlacek, Sean McDermott, Laureen Atkins, Liz Lazar, Hillary Lyon, Alex Leslie, Angela Foster-Wilcoxson, Shibani Dalal Faehnle, and many others who I deeply apologize for forgetting to include made this an amazing success!  You were all amazing in pulling this together and I know every last family and child we helped are thankful. Next year, we plan to file to become our own 501(c)3 nonprofit. 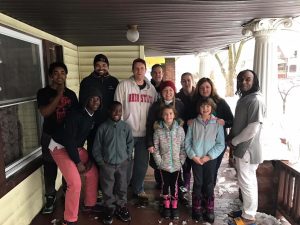 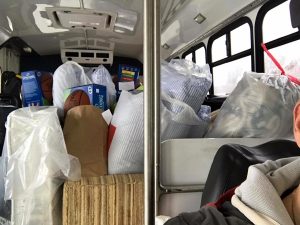 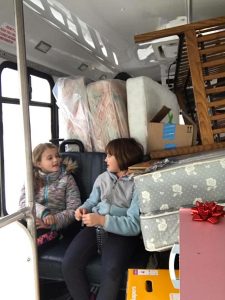 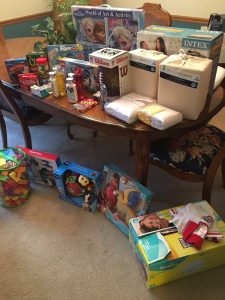