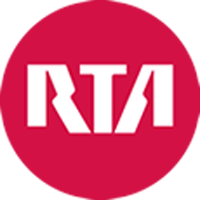 In the famous words of Rodney Dangerfield, I often feel like screaming, “I get no respect.”

We know that some of you know of RTA, but maybe you don’t always think of RTA as a travel option.

Here are a few examples of typical oversights:

Recently, I was invited to attend a meeting at a local organization. It came as no surprise that while they referenced parking options, there was no mention of RTA as a travel option, although the site was conveniently served by RTA.

Many in society simply assume that everyone drives everywhere.

I often encounter a receptionist that asks if they can “validate my parking pass,” and is dumbstruck when I decline, but ask if they would “validate my RTA pass.”

So, how about we start with the power of suggestion? It can go a long way towards helping change misperceptions and or misinformation.

Would you be willing to suggest to your attendees that RTA may be a travel option?

Through RTA’s Commuter Advantage program, pre-tax benefits are provided to more than 850 employers and to their 15,000 employees that purchase their RTA passes at their worksite. Do you provide this no-cost benefit to your employees?

Do you subsidize employee parking? If so, will you consider subsidizing RTA passes? We simply ask that you provide the same benefit level to all your employees, and not limit benefits to those who drive.

Many are unaware of RTA’s impact in Northeast Ohio. Each day we provide a valuable travel option to nearly 200,000 customers as they travel to work, school, and health care. Almost as important is the fact that RTA services eliminate 50,000 cars from the roadways in Northeast Ohio. That means RTA benefits every person in Northeast Ohio by reducing congestion and improving air quality.

Not only that, in the process, we are a driver of economic development, we help bring jobs and new businesses to Greater Cleveland, and we help provide critical services to the elderly and persons with disabilities.

RTA is one of the most respected transit authorities in the nation, and serves more customers daily than the next two largest public transit agencies in Ohio combined.

As you have likely heard in the media, recent action by the State has resulted in a reduction of $20 million in annual local investment in RTA. The Plain Dealer and Crain’s have both editorialized that it is time for others to step up and help RTA.

We ask you to make that step to support and promote our services as we strive to maximize our ridership and continue to benefit all of Northeast Ohio.

Learn more about RTA and your transportation options: www.RideRTA.com