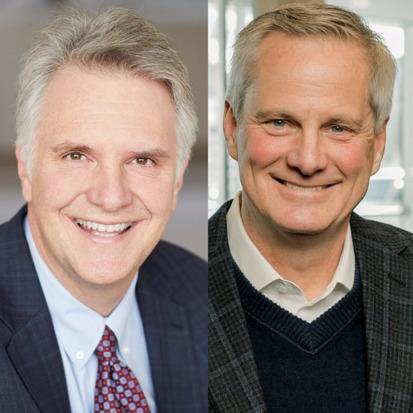 It has been eight years since Cuyahoga county has had an open seat in the County Executive’s office and 12 years since voters approved a reform to create the office of county executive. The charter specifically called for “effective and accountable leadership”, “an improved focus on equity for all our communities and citizens”, economic competitiveness, and “significant taxpayer savings by streamlining and eliminating unnecessary elected offices.”

This year, two candidates are vying for the County Executive office, which serves the 1.2 million residents of the county with a budget of roughly $1.5 billion.

Chris Ronayne, Democrat, began his career in public service with the County Planning Commission, and later served as the Planning Director for the City of Cleveland. Most recently, he has served as President of University Circle, Inc.

Lee Weingart, Republican, served as County Commissioner in Cuyahoga County from 1995 to 1997. He has held a variety of positions in the private sector, founding an advocacy and lobbying firm in 2002, which he continues to run today.

Join us for a debate in this vitally important local race, which will feature questions coming directly from voters like you asking about issues and topics that are most important to you and your communities.