Event:
For Our Veterans and the Future of the U.S. Armed Forces

For Our Veterans and the Future of the U.S. Armed Forces 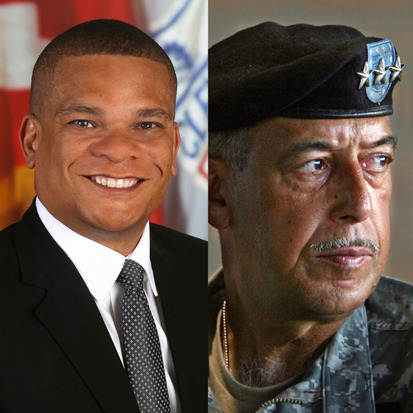 According to the U.S. Department of Veteran’s Affairs, there are approximately 19 million Veterans in the country in 2020. Veterans bring valuable skills and experiences from their time served to our country’s workforce. They become our teachers, healthcare professionals, public service employees, and most notably, our neighbors and community members.

Due to increased investment and advocacy efforts, in 2022 the U.S. Department of Veteran’s Affairs reported a 11% decline in Veteran homelessness since 2020—the biggest drop in more than 5 years. Still, more can be done to improves these statistics; and many Veterans continue to struggle with posttraumatic stress disorder (PTSD), depression, substance abuse, suicide, and more.

General Russel Honoré is a decorated 37-year army veteran, a global authority on leadership, and an expert on climate change and disaster preparedness. During his military career, he held numerous commands including Joint Task Force Katrina, Vice Director for Operations for the Joint Chiefs of Staff and Commander of the Standing Joint Force Headquarters-Homeland Security. Most recently, he led the security review of the U.S. Capitol’s security infrastructure following the attacks on January 6, 2021.

In partnership with the City of Cleveland during their weeklong celebrations for Veteran’s Day, join us for a conversation between General Honoré and the Director of Public Safety Karrie Howard