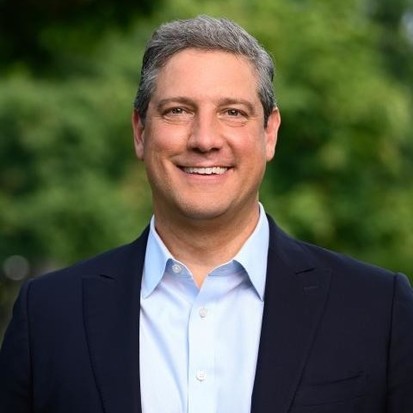 Leading up to the election on November 8, 2022, The City Club of Cleveland extended invitations to the Republican and Democratic Party candidates running for the United States Senate. Join us in person at the City Club to hear from the Democratic Candidate for U.S. Senate, Congressman Tim Ryan.

Tim Ryan is a lifelong Ohioan who grew up in Niles, Ohio. He began his career in politics as a congressional aide with the U.S. House of Representatives in 1995 and later served as an intern for the Trumbull County Prosecutor’s Office. Ryan holds a law degree from the University of New Hampshire School of Law and graduated with a Bachelor’s Degree in Political Science from Bowling Green State University.