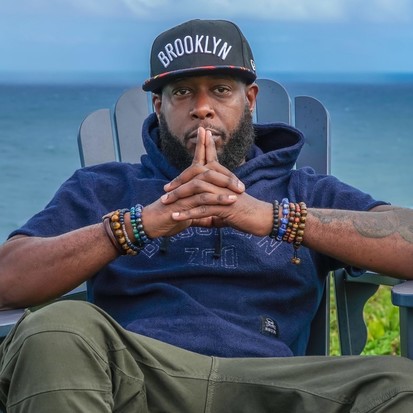 Doors open at 4:30pm with light refreshments. The event begins at 5:30pm. Tickets are FREE, but required.

According to research, music is a crucial tool for navigating emotions and reducing stress. It also is a unifying and sometimes rallying force that bridges differences in identities, political ideologies, and cultural backgrounds. So, when a recent survey from the Kaiser Family Foundation found the pandemic’s mental health impact has been pronounced among communities of color, how can we activate lyrics and hip-hop as an emotional well-being tool for the benefit of our neighborhoods?

Talib Kweli is a Brooklyn-based MC widely known for his work with Mos Def as one-half of Black Star. He is regarded as one of the most lyrically-gifted, socially aware, and politically insightful rappers to emerge in the last 20 years. He is also the author of his new memoir, Vibrate Higher: A Rap Story, which is a call to action and first-hand account of the power of revolutionary Black voices.

The City Club will bring the conversation directly to the community at the Morning Star Baptist Church, in partnership with the Saint Luke’s Foundation for their 25th anniversary. Join us as Talib Kweli sits down in conversation with Shanelle Smith Whigham on how music can be used to promote healing and community strength.